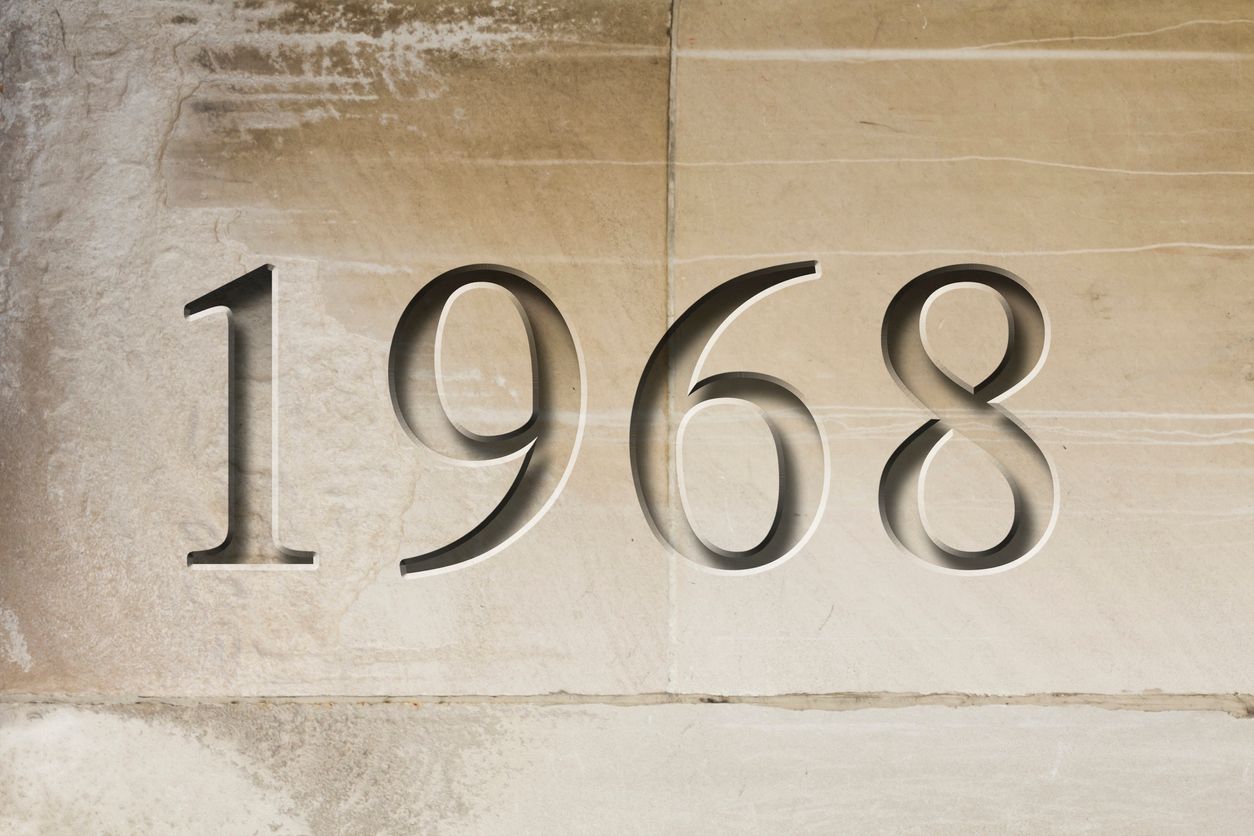 My 50-Year Search for Harmony

As Susan Stamberg put it in an NPR story earlier this year, “The spring of 1968 felt like a national nervous breakdown.”

And I guess when you’re born into discord you spend your entire life searching for harmony.

I don’t know what it was like for my 19-year old mother to be pregnant and then give birth to her first child amid a national nervous breakdown. And, oddly, I’ve never asked her. But I imagine that the collective anxiety of the nation triggered personal anxiety in her. And, as a result, an awareness of uncertainty, struggle, tragedy and inequality transferred to me even before I was born.

Susan Stamberg closed out her story on 1968 with: “For my generation, the certainties we’d grown up with were tottering. . . We weathered it, of course. Moved on to a tattered peacetime and administrations with different visions. But the scars of 1968 remain in the psyches of those who lived through it.”

Maybe they live on in those of us born into it as well.

Still, 1968 wasn’t all death and destruction. It was also the year Arthur Ashe became the first black male to win the US Open. President Johnson signed the Fair Housing Act into law, providing for equal housing opportunities regardless of race, religion, or national origin. It was the year Apollo 8 astronauts gave us a new perspective on our planet by orbiting the moon and sending back awe-inspiring photos of Earth. And Shirley Chisolm, who in 1968 became the first black woman elected to the U.S. Congress, shared this hopeful reminder: “The door is not open yet, but it is ajar.”

And so, I’m also an optimist and an idealist – with just enough practicality to solve problems and get stuff done.

Maybe that’s why I’ve always been more liberal than my parents. Or why I felt called to servant leadership. Or how I came to devote my 25+-year career to bringing together the public, private and nonprofit sectors to solve persistent social problems (or, as my dad would say, “saving the world”).

In my search for harmony, I’ve lost it more often than I’ve found it.

In music, harmony is a combination of simultaneous notes in a chord. It also means internal calm, interweaving of different accounts into a single narrative or a pleasing arrangement of parts. Basically, you must have more than one to harmonize.

So, this year I’m focused on interdependence, shared control, and appreciating others’ voices, perspectives and talents.

What am I doing now to live my word?

Studying the principles of improvisation. Meditating daily. Building a new team for my business. Going to tons of live music performances where I pay close attention to the interaction among the musicians. Seeking dialogue opportunities with those who don’t share my political persuasion or beliefs. In “dialogue,” we engage with people with different ideas – not with the goal of convincing them, but of understanding each other. Sounds like a key component of “harmonize” to me.

I’d love to hear from other 1968 babies! How has being born in that year influenced your life? What about those of you old enough to have memories of 1968? What sticks with you about that year?