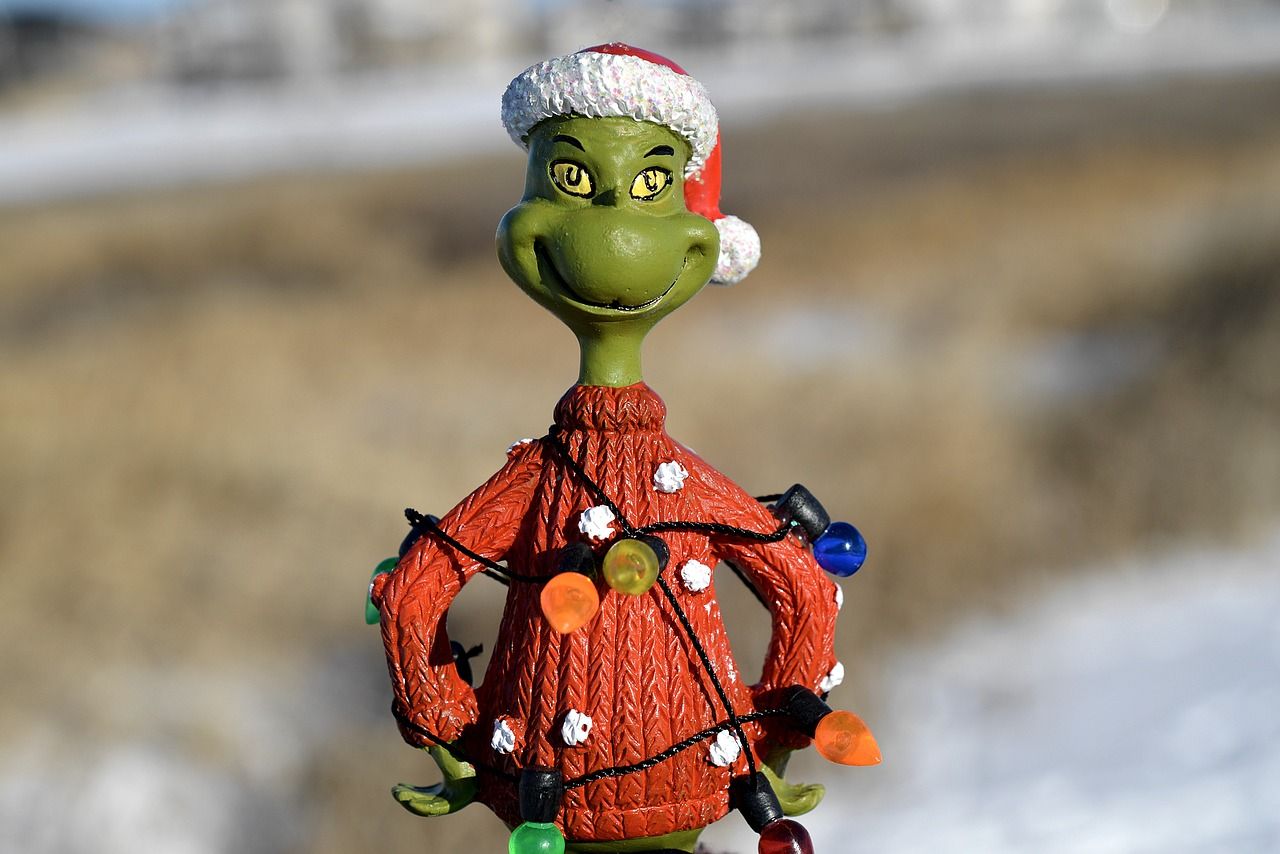 Lessons from the Grinch

My maternal grandfather died earlier this year. He was almost 90 years old. I know. It’s unusual for someone my age to still have a grandparent living. I am very fortunate. He wasn’t always easy to be around – one of his many nicknames was “the Grinch” – but I loved him anyway. His death caused me to reflect on the many things I learned from him over the decades. I share some of those lessons here.

1. Take pride in who you are and everything you do

My grandpa dug ditches for a living. Not a particularly glamorous job, yet he was proud of his work. Driving around town with him, he’d always point out where he’d worked on the sewers, how he’d contributed to whatever building or structure we could see above ground. He was proud of his immigrant parents – displaying copies of the manifests from and images of the ships that brought them to Ellis Island. He was proud of his Italian heritage, embracing the names he was called when he was younger – “Dago” and “WOP.” He was especially proud of his large family, bragging to anyone who would listen about his children, grand-children, great-grandchildren and even one great-great grandchild.

2. Frugality can be generous

My grandpa loved to complain about spending money. The only time I really heard him talk about money was when he moaned about the cost of his medication, the price of gasoline or, most especially, how much money my grandma spent on Christmas presents. His annual Christmas speech was, “Geez El, how much did you spend? Who needs all this junk? Do you think we’re made of money?” This is how he earned the nickname “Grinch.” I even bought him a Grinch sweatshirt one year for Christmas. That had to have been more than 20 years ago – he still had it – and wore it every Christmas. It looks brand new. I have it now and wore it proudly this Christmas.

His frugality meant that he always had money to help others who needed it. While he complained about spending, he was big-hearted and generous, opening his home to my mom’s and aunts’ childhood friends and giving grandkids a jump start on a business or home ownership.

I was never entirely certain my grandpa graduated high school. He joined the Coast Guard in February that year to serve in World War II. He may have had limited formal education, but he had endless curiosity. I remember the year his adult children bough him WebTV for Christmas. After adequate complaining about what a waste of money it was (see #2), he quickly became obsessed with the Internet and the world of information at his fingertips. “Hey, that’s neat!” replaced “What a waste of money.” He was excited to look up anything he wanted to know – from details on the Italian villages where his parents grew up to his stock performance (hourly) and Ohio State University football stats.

My grandpa wasn’t much of a traveler, but he always showed interest in places I traveled. He’d happily sit for hours looking at photos from Tanzania or China – asking questions, showing surprise at the terrain, the people, the buildings, the similarities and the differences.

He was especially interested in technical things or infrastructure. He’d watch hours of Discovery Channel specials on how the Golden Gate Bridge was built or how wind turbines run, and then talk about what he learned in painstaking detail.

My grandpa was not one to say, “I love you.” He wasn’t much of a hugger and would make a funny face and say, “Ick!” anytime one of his kids or grandkids went to hug or kiss him. Maybe I heard him say, “luv ya Nance” once or twice in my lifetime. And yet, I never ever doubted how much he loved me.

After college, I moved into half a duplex with a little patch of grass out back, on the southern edge of downtown Columbus – about a 20-25 min drive from my grandparent’s house. I didn’t own a lawn mower and didn’t intend to buy one. I lived there for two years. For three seasons of the year, my grandparents would drive down every couple of weeks to cut my grass. My gramps used to complain that it took longer to drive roundtrip and take the lawnmower in and out of the truck than it took to cut the grass, but he kept doing it. Sometimes we’d sit and have lemonade or a beer after. In the Spring he planted flowers and tomatoes.

A couple years ago when I called to tell him I was getting divorced, he said, “You know you can come live with us – rent free – for as long as you want. We have plenty of room. “  In my mid-40s with a successful career and a home I own, I didn’t need to go live with my grandparents – rent free – because I was getting divorced. But, I knew that was his way of saying, “I’m sorry. I love you. I will always be here if you need me.”

I love you too gramps.